Recently I have seen a lot of people wondering about the difference between [X] and [Y]. After all, they point out, both are [paradigm] languages that target [platform] and encourage the [style] style of programming while leaving you enough flexibility to [write shitty code].

Having written [simple program that’s often asked about in phone screens] in both languages, I think I’m pretty qualified to weigh in. I like to think about it in the following way: imagine [toy problem that you might give to a 5th grader who is just learning to program]. A [Y] implementation of it might look like this:

Whereas in [X] you could accomplish the same thing with just

It’s pretty clear that the second is easier to understand and less error-prone.

Additionally, consider build tools. While [Y] uses [tool that I have never bothered to understand], [X] uses the far superior [tool that I marginally understand]. That’s reason enough to switch!

Finally, think about the development process. [X] has the amazing [X-specific IDE that’s still in pre-alpha], and it also integrates well with [text-editor that’s like 50 years old and whose key-bindings are based on Klingon] and [IDE that everyone uses but that everyone hates]. Sure, you can use [Y] with some of these, but it’s a much more laborious and painful process.

In conclusion, while there is room for polyglotism on the [platform] platform, we would all be well served if you [Y] developers would either crawl into a hole somewhere or else switch to [X] and compete with us for the handful of [X] jobs. Wait, never mind, [Y] is awesome! 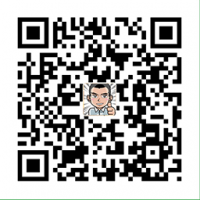